It Pays to Play the Lincoln Lottery

LAT's Young Oasis project, which supports Lincolnshire children affected by a relative’s alcohol or drug abuse, is in the running to receive funding support through the Lincoln Community Lottery.

The recently launched lottery scheme has just released tickets for the first draw which will take place on Saturday 11th August.

Each ticket costs £1 per week and 60 per cent of the cost of the ticket will go to good causes – 50 pence to the players chosen charity and another 10 pence to other Lincoln causes. And each ticket has a one in 50 chance to win a prize of up to £25,000.

Players simply select six numbers from zero to nine and if they match the numbers and the sequence they take home the jackpot prize. Other smaller cash prizes from £25 to £2,000 are won if the player matches the sequence of the first or last five numbers.

In addition to cash prizes, during the first draw there is a family ticket to the International Bomber Command Centre and a brand new iPad up for grabs.

To take part in the lottery, in support of our Young Oasis project, please buy your tickets online via our dedicated page: https://www.lincolnlottery.co.uk/support/lincolnshire-action-trust

Since 2000, our Young Oasis project has helped hundreds of children aged five to 18 by offering confidential one-to-one support to work through the challenges of their situation. 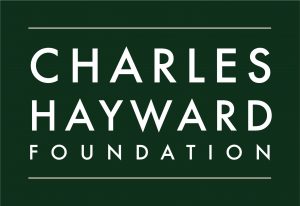